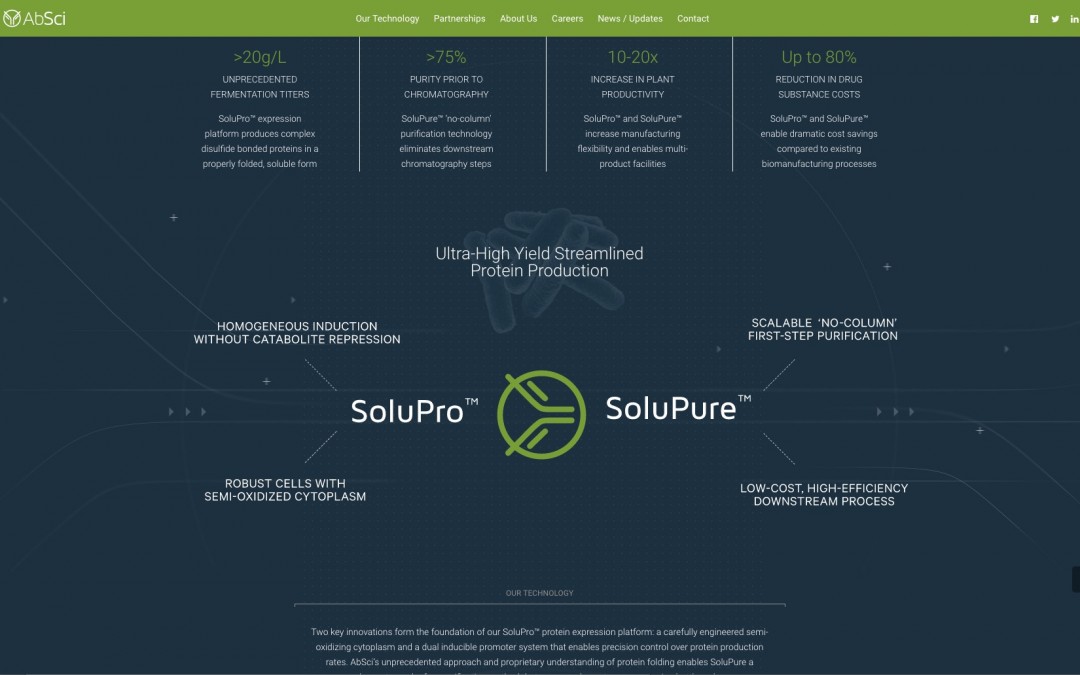 VANCOUVER, Wash., Feb. 5, 2018 /PRNewswire
AbSci, announced the addition of Coherus Biosciences’ (NASDAQ: CHRS) Chief Scientific Officer, Alan Herman, PhD to its Scientific Advisory Board. Dr. Herman brings over 30 years of industry experience with expertise in protein characterization. His contributions to the scientific community have been influential, particularly in establishing regulatory guidelines and concepts that are currently in use by the FDA for biologic characterization.

“We place a strong emphasis on the quality of product produced using our SoluPro™ platform,” said AbSci’s Founder and CEO Sean McClain. “Dr. Herman’s expertise in protein characterization and analytical development are an invaluable asset for commercialization of our industry-leading protein production technology.”

“There’s an electricity of discovery here like Genentech and Amgen,” said Dr. Herman. “AbSci’s ability to fold proteins is an innovative art form. This technology enables more efficient manufacturing, which will bring down the price of drugs.”

Dr. Herman has influenced discoveries at some of the most significant biotech companies in the industry, including Merck, Genentech, and Amgen. His early career began at Merck where he worked on recombinant hepatitis B vaccine. At Genentech, he specialized in process development and pharmaceutics, contributing to the development of human growth hormone, tissue plasminogen activator, and interferon. Following Genentech, he managed the Analytical Research and Development Department at Amgen and directed his team to more than 20 INDs and several BLAs.