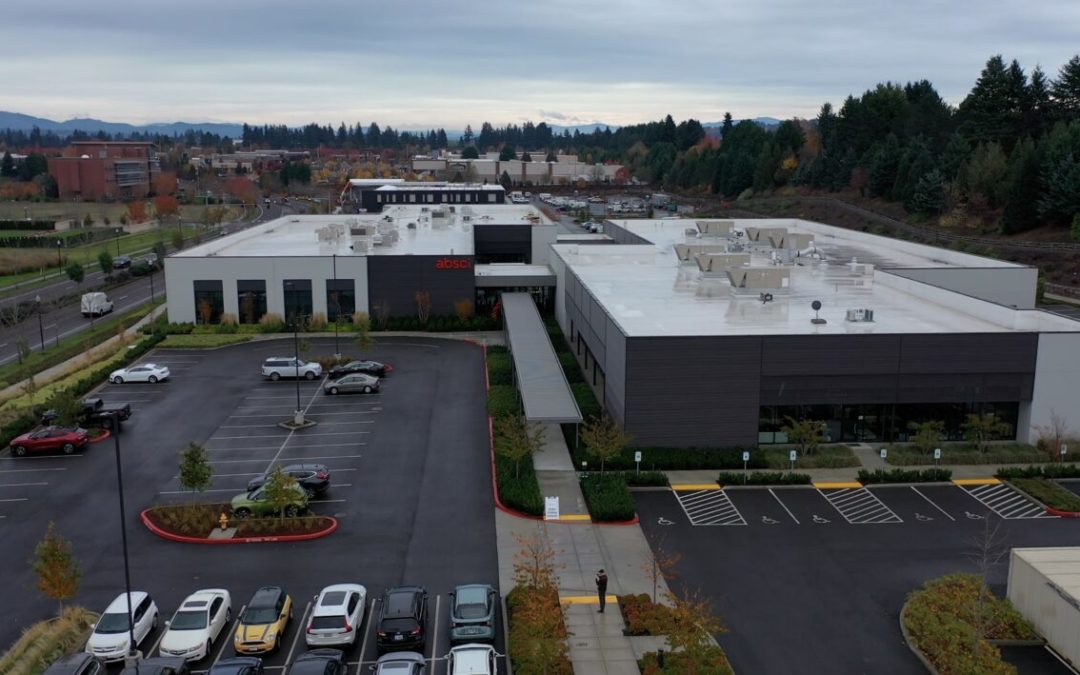 Absci cut the ribbon on its new headquarters in Vancouver, Wash., on Tuesday, barely three months after going public in an IPO that valued the biotech company at nearly $2 billion.

The 200-employee company now has room to expand, with 77,400 square feet of new office and lab space and a 9,150 square foot courtyard. Washington state Gov. Jay Inslee attended the event.

“Absci has been an incredibly positive force in the Vancouver community since establishing its headquarters here in 2016,” said Inslee in a statement.

Absci occupies an unusual geographic niche, based in Washington state but part of the Portland, Ore., area. The biotech, which provides drug and drug target discovery services to other companies, pulls employees from both states.

Absci was started in 2011 in a basement lab in Portland by CEO and founder Sean McClain, when he was only 22. He later moved the company to Vancouver’s downtown, a few miles from the new headquarters.

The facility was built in a close collaboration between Absci, Portland design firm Bora Architecture & Interiors, and contractor Bremik Construction. The company leases the space from Pac Trust.

“We designed the light-filled space around collaboration and the pursuit of scientific excellence,” said McClain in a statement.

McClain envisions that Absci will ultimately become the “Google of synthetic biology,” he previously told GeekWire.

The company uses in silico models to optimize designs of protein therapeutics, and synthetic biology approaches and custom-engineered E. coli strains to manufacture them and screen them for optimal activity. To support its platform, Absci recently acquired synthetic biology company Totient and deep learning startup Denovium, which analyzes protein function and behavior.

Absci has partnerships with several drug companies including Merk and Xyphos Biotechnology. In October Absci inked a partnership with EQRx, which aims to make less expensive versions of approved drugs. The partnership will “advance next-generation, protein-based therapeutics at more affordable costs for patients,” according to a statement announcing the collaboration.

Absci is in the earlier stages of signing up partners and growing revenue, which last year was $4.7 million, up from $2 million for 2019. Revenue was $0.7 million for the second quarter of this year.

The new building adds to the state’s inventory of badly needed lab space. Seattle had only about a 2% vacancy rate for lab space in 2020, according to CBRE research. A new life sciences hub is being built at Seattle’s almost three-acre Mercer Mega Block and this September Adaptive Biotechnologies unveiled its new headquarters in the city’s South Lake Union neighborhood.

Absci is one of a few Portland area IPOs in the last ten years. Vancouver laser-maker nLight went public in 2018, and ZoomInfo, also from Vancouver, raised $887 million in its June 2020 IPO.