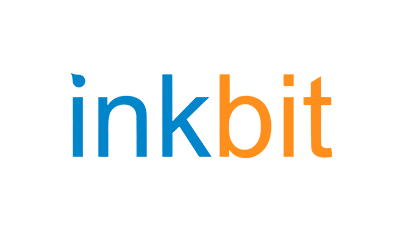 MIT spinout Inkbit has raised $30 million in a Series B funding round led by venture capital firm Phoenix Venture Partners (PVP). The company intends to use the funds to accelerate the production of its recently launched highly automated 3D printing Inkbit Vista system in the U.S. and beyond. Furthermore, with this new investment, the Medford, Massachusetts startup has raised a total of $44.8 million in equity investments over three rounds from investors such as pioneering 3D printing manufacturer Stratasys, UK-based online grocery retailer Ocado, science company 3M, French multinational Saint-Gobain, and DSM Venturing, the corporate venture capital arm of Royal DSM.

Driving the company’s success is its core technology, combining machine vision and artificial intelligence (AI) with 3D printing to create more precise parts. Since spinning out of the Computer Science and Artificial Intelligence Laboratory (CSAIL) at MIT in 2017, Inkbit has strived to eliminate the existing chasm between prototyping and manufacturing to enable rapid, on-demand manufacturing of multi-material, end-use products.

Early in 2021, Inkbit launched its first additive manufacturing system, the Inkbit Vista. The company described this highly automated 3D printing ecosystem as featuring the first-of-its-kind closed-loop feedback control, multi-material printing capabilities, and exceptionally low cost-per-part for final part production, capable of producing one layer every four seconds, and a throughput of over 300,000 parts per year. Before its release, Inkbit began working with customers, such as Johnson & Johnson, to develop an initial set of applications through an early access program. Today, the first systems are being commercialized to more customers, and proprietary materials are being developed by Inkbit—everything from elastomers stretching over 200% to strong resins capable of withstanding up to 120°C.

Based on research by MIT Professor Wojciech Matusik and intellectual property licensed from MIT, Inkbit’s technology uses computer science to improve manufacturing. Along with co-founders Davide Marini and Jorge Ramos, both MIT alumni, Matusik began working on their first 3D printer powered by machine vision and real-time feedback control to meet the speed, precision, and reliability requirements of volume production.

By relying on a proprietary 3D scanning system to generate a topographical map of each layer after deposition, any discrepancy from the expected geometry is corrected in subsequent layers. In addition, the data is also used to train a machine-learning algorithm that enables the printer to learn the properties of each material and anticipate its behavior, ensuring parts are built quickly and accurately every time.

PVP’s Managing General Partner, John Chen, described Inkbit’s technology as a total “game-changer for the additive manufacturing industry,” highlighting that it solves the key bottlenecks preventing the technology from being adopted for mass manufacturing of high-quality finished goods.

The new platform based on proprietary Vision-Controlled Jetting technology makes it possible to develop end-user products with high-performance polymers by combining resin 3D printing precision with production-grade materials to move beyond prototyping, and simplifying and automating the full workflow. Marini emphasized that limitations in materials and high costs make end-use product production difficult, so engineers often use 3D printing technology to make prototypes. Like other companies in the space, Inkbit is on a mission to disrupt the segment by creating a technology that provides fast printing capabilities with unmatched design freedom and reliability for some of the most demanding applications and environments.

“Inkbit is currently experiencing significant growth, and we are excited to have the opportunity to continue to build our talented team and scale the company to meet customer demand,” said Marini, who is currently CEO of Inkbit. “The opportunities for additive manufacturing are growing as adoption of 3D printing for full-scale production increases. We look forward to using our raised capital to continue evolving and innovating within this dynamic industry.”

In fact, Inkbit plans to invest the funds to boost production of its new system and grow the commercial team to support an expansion into the Asia Pacific (APAC) and Europe, Middle East, and Africa (EMEA) regions. The closing of the latest funding round announced on July 20, 2021, comes on the heels of major milestones, including Inkbit’s recent award from the United States Air Force (USAF) to build Inkbit systems for use at bases across the country, and builds upon work funded by the Defense Advanced Research Projects Agency (DARPA) and the National Science Foundation (NSF) to develop Inkbit’s proprietary vision technology and applications in the medical field.