Vancouver biotech, looks to drive down insulin prices as it doubles workforce. Absci has raised millions as pharmaceutical partners line up. 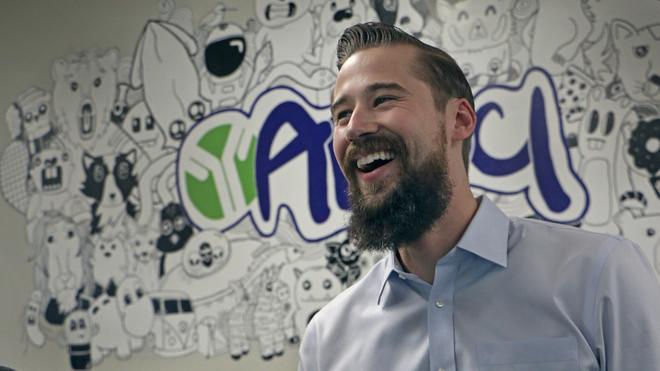 Earlier this month, the biotech startup AbSci LLC held an event to celebrate the opening of its shiny new headquarters and laboratory in downtown Vancouver. In attendance was Washington Gov. Jay Inslee, who had given the company $200,000 from his Strategic Reserve Fund to lure it across the Columbia River from Portland. Inslee gushed about AbSci’s potential to do big things — namely, bringing down the cost of insulin for treating diabetes. “It’s the biotech equivalent of what Henry Ford did to the auto industry to make it affordable,” the governor said. AbSci has achieved that with a solution that cuts out a step in an otherwise inefficient and expensive process, said founder and CEO Sean McClain. “Our platform has been able to achieve extremely high yields of soluble and active insulin and that’s never been done before,” McClain said. “We believe it will help the greater good because there’s such a rising demand for insulin, and so you need to increase capacity.”

Investors and the pharmaceutical industry appear to agree. AbSci last year closed a $5.1 million Series A round and is close to inking a development deal, said McClain, who expects to more than double AbSci’s 18-employee staff in the next 18 months. The potential market for better, less expensive treatments is huge. Nearly 30 million Americans are living with diabetes and the cost of treating the disease rose 41 percent over a five-year period to $245 billion in 2012, according to the American Diabetes Association. Health insurers are increasingly eager to trim spending on managing chronic diseases, fueling interest in cheaper alternatives and “biosimilars” for brand name insulin and other drugs.

Dungeon lab
McClain, a native of Sherwood, was still in college when he planted the seeds for AbSci. On the brink of finishing a biochemistry degree at the University of Arizona in 2010, McClain met Dr. Mark Valasek, a pathologist at UC-San Diego, at a scientific conference. The two discussed an innovative way to manufacture antibodies, which are crucial in the diagnosis and treatment of disease. “I was thinking that antibodies are really expensive to manufacture, and can we find a cheaper solution?” McClain said. “If we could use E. coli to manufacture these antibodies for diagnostic purposes, that would be key.” The E. coli he was referring to isn’t the sort found in raw hamburger meat, but rather a nontoxic strain that is simple and easy to manipulate. The two pondered the concept for a year before they determined they had a feasible plan and parted ways. McClain moved back to his parents’ house in Oregon in 2011 and scraped together enough money from friends and family to get “a tiny dungeon basement lab” with a sink and some wooden benches at the Portland State University accelerator. He worked for the next 18 months to prove his concept for a new platform for antibody production. Eventually McClain raised $300,000 from angel investors and hired his first two employees. Despite his bare-bones lab and shoestring budget, McClain was also able to use E. coli to produce complex proteins in a soluble, active form — a first. Normally, proteins made in the lab are inactive and require extensive downstream processing to transform into an active, soluble drug product, such as insulin. The old technology is akin to taking a hard boiled egg and making it into egg whites, said Bryan Lawlis, who sits on a number of bioscience company boards, including AbSci’s. McClain was able to solve that problem. “It was quite a breakthrough,” Lawlis said. “Their stuff’s soluble, and this is a big advantage because it greatly simplifies the processing. It potentially could be very useful for a variety of products.” AbSci’s technology is estimated to save 50 percent to 80 percent on the cost of manufacturing insulin and increase capacity five-to-10 fold, McClain said. It can produce in one-to-two days what normally takes three-to-four weeks using mammalian cells. The breakthrough helped AbSci take the top prize in the “Emerging Bio” category at the 2015 Oregon Bio Pitchfest.

Pharma Interest
Eli Lilly was just approved for a “biosimilar” for a long-acting insulin glargine to compete with the expensive brand name drug Lantus. Eventually, AbSci’s technology, called SoluPro, might be used to lower
the price of insulin even more. AbSci is working with large pharmaceutical manufacturers, which McClain declined to name, to take the product into commercial production. It is receiving revenue from the partnerships. McCLain expects to enter into a joint development agreement soon. “Once we get that, we’ll be working to develop the process and further refine it to their specifications,” he said. While AbSci’s main focus is insulin, McClain said the technology could be applied to other proteins and biologic drugs as well.

AbSci’s $5.1 million venture funding came from Silicon Valley-based Phoenix Venture Partners, which announced at the recent open house that it was making a follow-on investment. “It’s enough to give them additional runway and accelerate their growth,” said Phoenix general partner Zach Jonasson. AbSci, which has European patents and several pending in the U.S., has also moved a few times to accommodate its growth. In 2013, the company became the first tenant to sign on at the OTRADI Bioscience Incubator near Portland’s South Waterfront. When it needed more space, it signed a deal to become the anchor tenant at a Port of Vancouver renovation project. When that project fell through, AbSci inked a deal to lease half of one floor of the three-story Hudson Building. The company’s bright, airy new digs should allow it to scale, so it can produce large yields of proteins. It has enough space for a chiller, compressor and 30-litre fermenter tank. “It’s a huge opportunity for us, a huge market, and we really do have the potential to disrupt the market and lower the cost of insulin for patients,” McClain said.