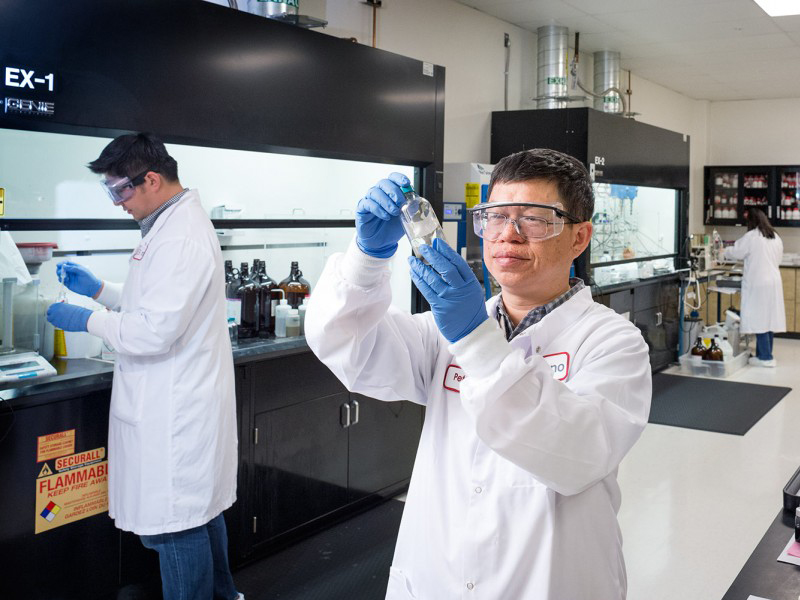 Hayward, February 15, 2012: C3Nano, Inc., a Silicon Valley startup developing a nanomaterials-based transparent conductive film, has raised US $6.7 million in Series-B financing led by Phoenix Venture Partners, with participation from existing investor, GSR Ventures. To date, C3Nano has raised in excess of US $10 million.

C3Nano’s disruptive carbon hybrid-based ink and film is gaining significant market acceptance and is in evaluation with several industry leaders in Asia. This new round of funding will support C3Nano’s plans to expand its engineering capability, complete its initial ink product, and scale from lab to volume production. In conjunction with the financing, Dr. Nobi Kambe of Phoenix Venture Partners will join the company’s Board of Directors.

“We’re very pleased to have the support of Phoenix Venture Partners and GSR Ventures,” said Cliff Morris, chief executive officer of C3Nano. “Over the past year we’ve made significant inroads with customers who are validating and engineering our materials into their applications. Our customers view us as a legitimate lower-cost alternative to indium tin oxide (ITO). Our technical and commercial success has helped gain the support and confidence of top tier investors. With their global outlook and deep understanding of the technical materials market, we feel we have a strong strategic advantage.”

Printable conductive inks offering high levels of performance are becoming a viable ITO replacement option and C3Nano is poised to disrupt this market with its proprietary films and inks. Distinct from other ITO alternatives based on carbon nanotubes, C3Nano has taken a hybrid approach to address fundamental issues, such as conductivity, that can exist with other carbon nanomaterial options. The company’s carbon-based conductive inks offer the industry a high performing, low cost solution. Unlike ITO, C3Nano’s transparent materials are remarkably robust, making it an attractive option for emerging flexible and stretchable electronics.

“Globally, designers of next generation consumer electronics are demanding improved transparent conductive materials to replace ITO,” stated Nobi Kambe, general partner at Phoenix Venture Partners. “We are very excited to add such a strong nanomaterials driven company to our portfolio. C3Nano’s carbon-based platform technology has the potential to become the preeminent alternative to ITO and we look forward to working with them to complete product commercialization of their ink technology.

According to DisplaySearch, the transparent conductive film market will be $10 billion by 2016. This is primarily driven by the display, touch panel, smart-phone, tablet and thin film solar industries.

“Since our initial investment in C3Nano in 2010, we’re very pleased to see the tremendous progress the company has made,” said Kevin Yin, partner at GSR Ventures and C3Nano board member. “The market for an alternative conductive material to ITO continues to draw a lot of attention. Carbon nanotube films have attracted much interest because of their material properties and we feel that C3Nano’s unique carbon-based technology has the potential to emerge as the best alternative to ITO.”

Headquartered in Hayward, California, C3Nano is an early stage venture backed startup developing a revolutionary new transparent electrode material for applications including flexible displays, touch screens, solar cells and smart windows. C3Nano was founded in January 2010 based on research and technology developed by Dr. Melbs LeMieux, Director of Materials and Process Engineering, and Dr. Ajay Virkar, Director of Research and Development, with Prof. Zhenan Bao, a member of C3Nano’s Board, at Stanford University. C3Nano won the 2010 MIT Clean Energy Prize, and the 2010 NASA Game Changer Technology Award.  To date C3Nano has raised in excess of $10 million. For more information, please visit www.c3nano.com.

Phoenix Venture Partners (PVP) is a leading venture capital firm that invests in and partners with entrepreneurs to commercialize breakthrough materials science innovations. PVP’s team has a track record of founding, building and investing in successful materials science start-ups.  The firm’s investment strategy is flexible and predicated on assisting entrepreneurs with customer and supply chain partnerships, business development, as well as strategic and operational support. PVP collaborates with a select set of forward-looking global corporations on business development and innovation interests.  PVP is based in Silicon Valley with satellite offices in Singapore and Cambridge, MA. For more information, please visit www.phoenix-vp.com.

GSR Ventures is a venture capital fund focusing on investing primarily in high-tech start-up companies based in China and serving the worldwide market. GSR currently has US$700 million under management and has offices in Beijing and the Silicon Valley. For more information, please visit www.gsrventures.com.