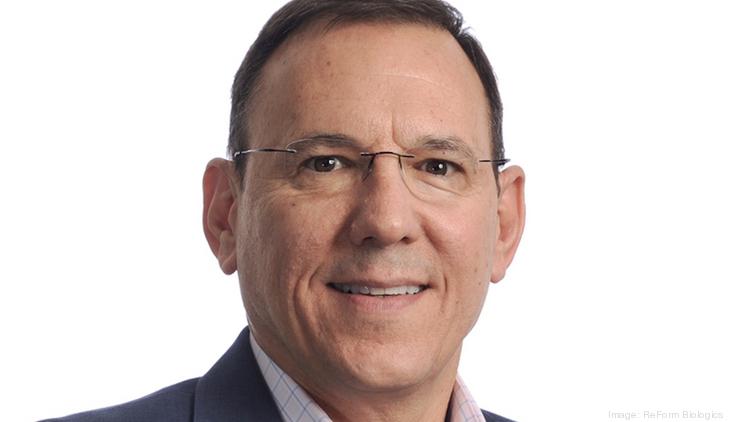 Hackman joins the company as CEO after nearly three years as president of EUSA Pharma’s North American division. Prior to that, Hackman held various executive roles at Novelion Therapeutics, Shire, Baxalta and others. Former CEO John Sorvillo will stay on to chair ReForm’s advisory board.

Founded in 2014, ReForm aims to develop biologics designed to be given as injections in outpatient settings. In particular, the team is targeting fragile patients, like children and older people, who would ordinarily have to spend time in a hospital to receive an intensive IV therapy. ReForm aims to lower the viscosity of injectable drugs to enable them to be easily administered, even by a patient or their caretaker at home, subcutaneously — or just underneath the skin — rather than intravenously.

“I’ve been involved in this business 30-plus years, and I’ve had tons of different IV products,” Hackman told the Business Journal. “It’s a technology that not a lot of people talk about, but it’s something that, if you had the ability to change the formulations this way, would be fantastic.”

The startup completed a $10 million Series B round in July — staying lean, rather than accepting the hundred-million-dollar venture capital rounds that have inflated the biotech industry in recent years, is part of the company’s business ethos — and is now putting that money toward drugs for cancer, inflammation, arthritis, ulcerative colitis and Crohn’s disease. Hackman expects that runway will sustain the nine-person company for the next year. After that, it will look for additional funds, which would come from further venture capital, partnerships or another mechanism.

Hackman said ReForm’s efforts to engineer drugs for new indications will be two-pronged: The company will develop some of its own drugs from scratch, and it will also partner with pharmaceutical companies who want to tweak their existing drugs’s viscosity levels. He declined to provide a clinical development timeline.