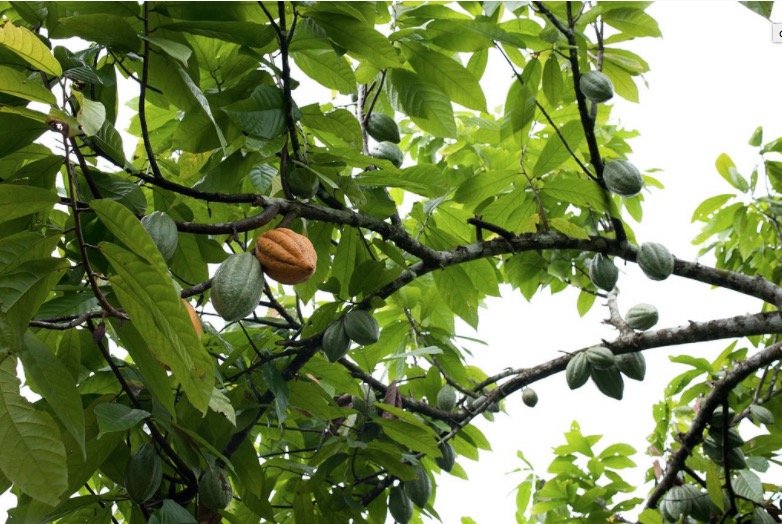 CropCoat, the signature product of San Jose, California start-up Crop Enhancement, doesn’t quite fit into any of the typical crop protection categories.
In fact, it works like no other that the ag market has seen before, according to CEO Kevin Chen.

While it’s sprayed on like a typical chemical, it’s unlike any pesticide. Instead, CropCoat acts as a shield, forming a non-toxic, microscopic film that modifies plant surfaces including the leaves, stems, fruit, and seeds to improve their resistance to pests and disease and decrease the need for pesticides. Insect and pathogen resistance development is a non-issue (no, really). It is also fully compatible with conventional and biological products, and can fit into any IPM regime.

Founded in 2011 by renowned serial entrepreneur and surface scientist Dr. David Soane, he handed over the reins to Chen, a materials science PhD himself, in 2015. Crop Enhancement went through fits and starts and then hit on a pain point, like any good start-up. “We were introduced to a prominent, multinational food company that told us that they had a particular issue,” he says, one which has dogged the entire chocolate industry for the last 10 years: huge cacao yield losses in Indonesia due to the cocoa pod borer.

“David thought if we could find a way to prevent this pest from boring into cocoa pods, we could provide a solution,” Chen explains. Current insecticides being used are not very effective due to resistance. “If we could create another layer of ‘skin’ and protect the pod from the insect boring into the center of the pod, it would be one way of deterring that action and preserving the pod. That’s the genesis of the CropCoat concept.” Another benefit that makes the product attractive to the tropics is its persistence. Rain washes off chemicals, forcing a grower to re-apply – a problem CropCoat doesn’t face. In Indonesia, a grower might spray cacao up to 20 times a year with traditional pesticides, essentially going out to spray every two weeks. “We can cut that back dramatically – a grower can spray only four times a year instead of 20,” Chen says.

A key factor not to be underestimated that is driving the need for innovation is end consumers, who are increasingly demanding higher levels of social and environmental responsibility throughout the supply chain. Food companies are responding and in turn, are able to sell product to the consumer at a higher price, thereby enhancing their brand. Cacao is frequently grown by smallholders who farm less than two hectares. “Farm income is very low, so finding ways to improve that by saving them time and raising the price at which they can sell their harvest are all things the industry wants to do to support the supply chain,” he says.

CropCoat has expanded applications over the past couple of years beyond Southeast Asia to crops like coffee, citrus, and blueberries. The focus, Chen says, will remain on high-value, specialty crops.

Next up? China, where consumers are notoriously mistrustful of food companies and governmental regulatory agencies – note the tainted milk scandal of 2008 and this year’s plastic seaweed snack scare that caused the seaweed industry to lose millions (no matter that the latter was proved to be fake news) — and that aren’t leaving the public consciousness anytime soon. A product like CropCoat can, for example, give Chinese citrus growers a solution that allows them to mitigate pesticide use to appease consumers, as well as meet the Ministry of Agriculture’s “zero-growth” pesticide usage by 2020 plan.

Big goals these are, but Crop Enhancement boasts the financial backing to bring them to fruition. It has top ag venture-capital firms behind it including Spruce Capital and 1955 Capital, whose partners have deep experience and broad connections in Asia. “Crop Enhancement is a great example of a company that can address two key challenges in the developing world: increasing food production and fostering the development of sustainable agricultural practices,” says Andrew Chung, founder and managing partner at 1955 Capital. “We’re eager to help introduce Crop Enhancement’s technologies to key partners in Greater China.”

“We are very fortunate to have a supportive and active board who wants to see this succeed,” says Chen, who has brought on board a roster chock-full of talent. Chen himself brings 15 years of experience in materials-centric technology companies spanning renewable energy, semiconductor devices, and telecom networking, including his most recent stint as a chief marketing officer and general manager at Applied Materials.

“When we talk to potential partners, they often tell us, ‘We haven’t seen something like this, so let’s try it.’ On the one hand it’s great that we get a lot of interest, but on the other hand we know that we have a lot to prove,” Chen says. Not surprising for a disruptor.

Editor’s note: This piece is part of the cover story, “The Disruptors,” appearing in the November/December issue of AgriBusiness Global.