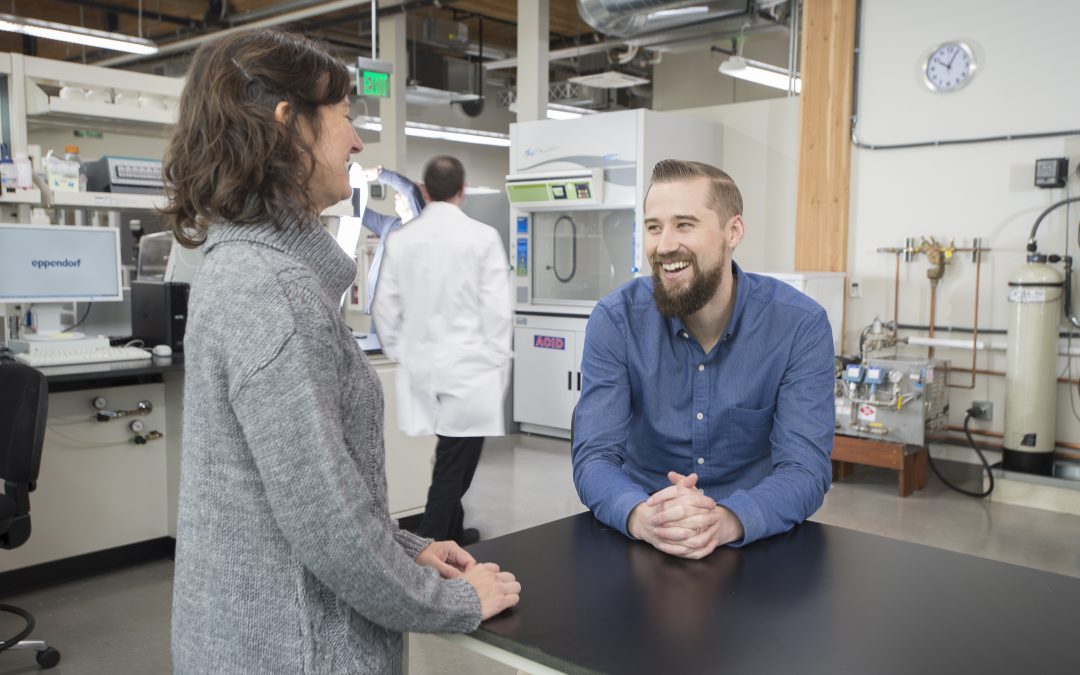 The company announced Wednesday that it has just completed an oversubscribed $12 million Series C round of funding. The fresh cash will be used to scale and further develop its synthetic biology platform, which is used to discover and manufacture complex biological molecules like antibodies and insulin.

The round was led by Japanese glass manufacturer Asahi Glass Co., known as AGC. It is the parent company of AGC Biologics, a division created when the company acquired Bothell, Wash., based CMC Biologics. AGC Biologics President and CEO Dr. Gustavo Mahler is joining AbSci’s board of directors following the deal.

Several previous investors took part in the round — including Phoenix Venture Partners, Oregon Venture Fund and WRF Capital — while Columbia Ventures Corporation and GreenBridge joined the round as first-time investors. The company declined to disclose its total funding to date.

The AbSci platform is composed of two products: SoluPro, a synthetic biology platform based on genetically engineered E. coli, and purification platform SoluPure. SoluPro uses the natural processes of E. coli bacteria to build complex molecules inside the bacteria itself.

“Insulin is one of AbSci’s most significant and rapidly expanding markets,” McClain added. “Currently, AbSci is working with leading insulin manufacturers to reduce the cost of this critical drug. AbSci’s technology can provide biomanufacturers with [greater than 10X increase] in plant capacity while decreasing costs up to 80 percent.”“At scale, SoluPro creates breakthrough efficiencies in biomanufacturing, eliminating the need for large plant builds and reducing drug costs,” AbSci Founder and CEO Sean McClain told GeekWire in an email interview.

But the company is aiming to expand beyond that market and into antibodies, a more complicated set of molecules that are also a huge industry.

“After insulin, AbSci aims to tackle the antibody market, which includes many of today’s most innovative yet most expensive drugs, such as Humira and Herceptin. AbSci wants to speed up innovation, drive down manufacturing costs, and make these cutting-edge drugs more accessible and affordable to patients,” McClain said.

McClain was recently named a finalist for EY’s Pacific Northwest Entrepreneur of the Year award.

AbSci employs 24 people and is planning to grow its team significantly this year. It was founded in 2011.